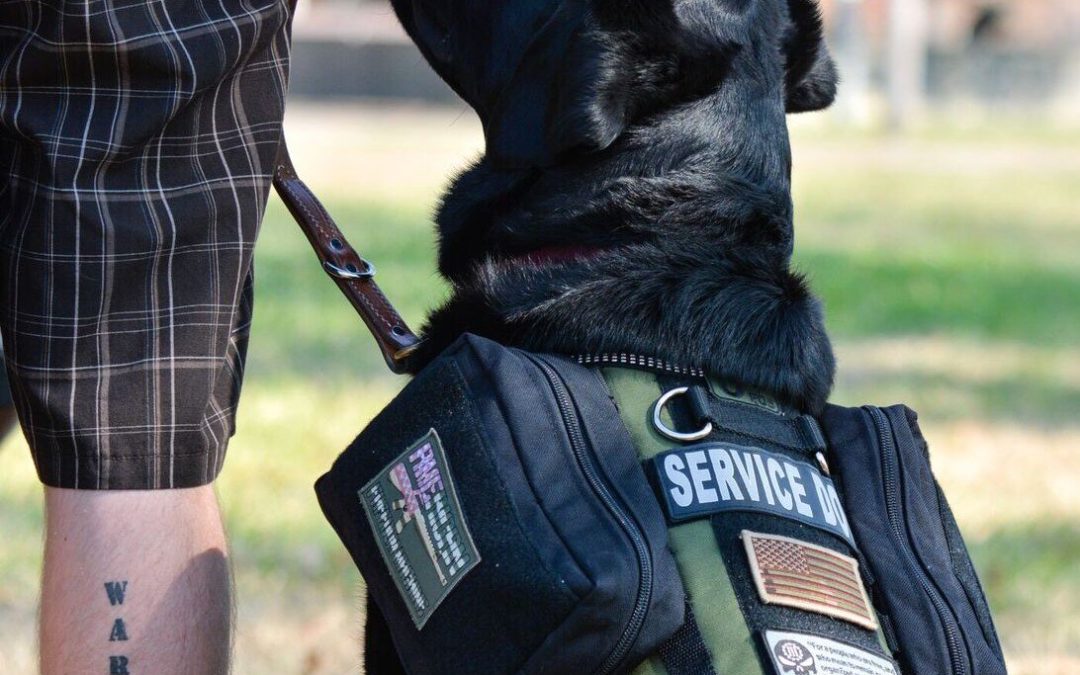 We recently were introduced to a long article about K9s for Warriors and the work that they do with veterans and service dogs that we wanted to share with you. The article talks about the organization, as well as a couple of partnerships between military veterans and their specially trained service dogs.

In this story there is a bit of background about PTSD, and research being done to gauge the effectiveness of service dogs as a complementary treatment for military members and veterans who suffer from PTSD. K9s For Warriors recently partnered with Purdue University College of Veterinary Medicine on a pilot study to compare PTSD symptoms in veterans with and without service dogs.

The editor told us they conducted a lot of research and this is evident in this comprehensive article.

We interviewed the National Institute of Health, the Department of Defense, the VA, the American Veteran Aid, the ASPCA, Harvard, Purdue, and Indiana Universities, along with other reputable institutions for their take on PTSD and treatment options.

Here are a few selected excerpts from the article.

One veteran paired with a K9s for Warriors Dog, Tiffany Baker… was so taken with Buddy and the K9s For Warriors program that she got involved in supporting the PAWS (Puppies Assisting Wounded Service Members) Act of 2017 that got the VA on board with service dogs helping veterans. The bill directs the VA to carry out a five-year pilot program, providing grant funding to qualifying nonprofits that provide service dogs to military members or veterans who suffer from PTSD after they finalize other traditional treatments.

K9s For Warriors is a BBB accredited charity organization located in Ponte Vedra, Florida, that has been pairing rescues dogs with traumatized soldiers since 2011. The dogs are trained to be service dogs, specifically performing tasks to quiet the symptoms of war trauma disabilities in soldiers. Specifically, the dogs are trained to deal with symptoms of Post-traumatic Stress Disorder (PTSD), traumatic brain injury (TBI), or military sexual trauma (MST), as a result of military service on or after 9/11.

To read the entire article, K9s For Warriors – Because Together We Stand, go to
www.consumersadvocate.org/features/k9s-for-warriors