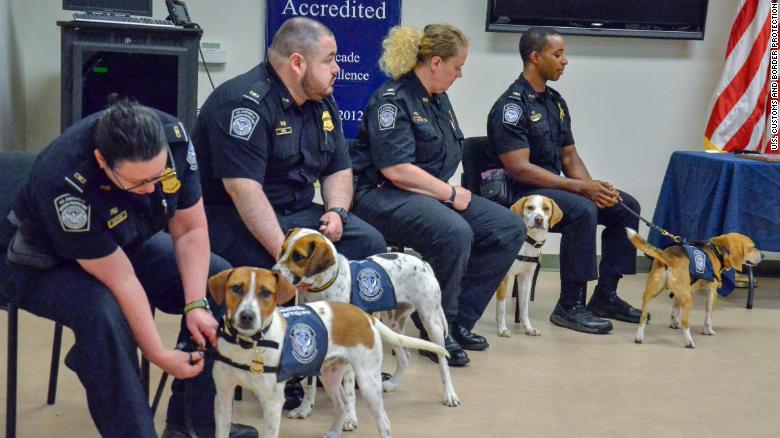 Chaze, Cardie, Marlee and Chipper, as seen from left to right, graduate into the "Beagle Brigade" and wear their uniforms for the first time.

Starting next week, these four will begin their careers at two of America's busiest airports, Atlanta's Hartsfield-Jackson and Chicago's O'Hare. They will join the hundreds of beagles already at work at ports of entry in the US and abroad.
Their mission: to sniff out bags carrying meat and plant products. Why? Because meats and plants can carry pests that could seriously hurt the economy. 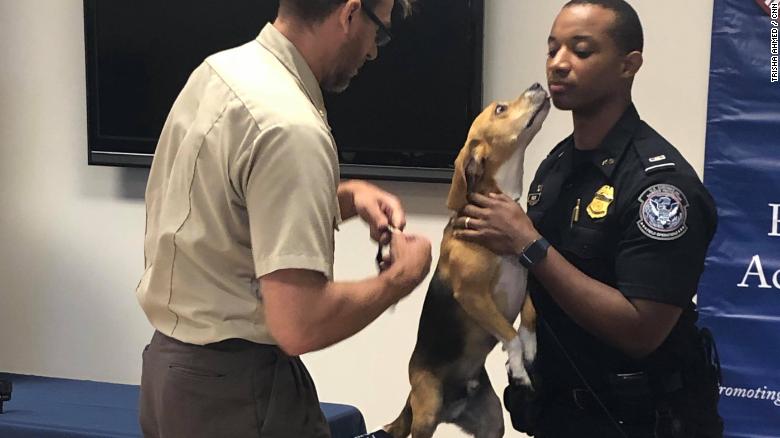 Chipper gives his trainer a celebratory kiss at the graduation ceremony.
Joseph Chopko, who helped train these dogs, explains it this way:
You can't bring in fruits, such as apples or oranges, because they can carry fruit flies. And Mediterranean fruit flies, an invasive pest, can devastate the citrus industry. 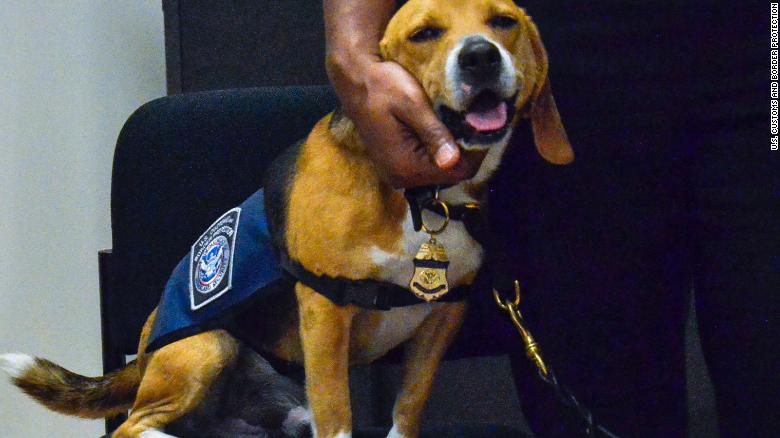 Chipper wears his uniform for the first time.
"There wouldn't be enough natural predators to keep them in check," said Chopko, a training specialist with the US Agriculture Department. "And the way they multiply, the devastation that happens on the fruit is dangerous." 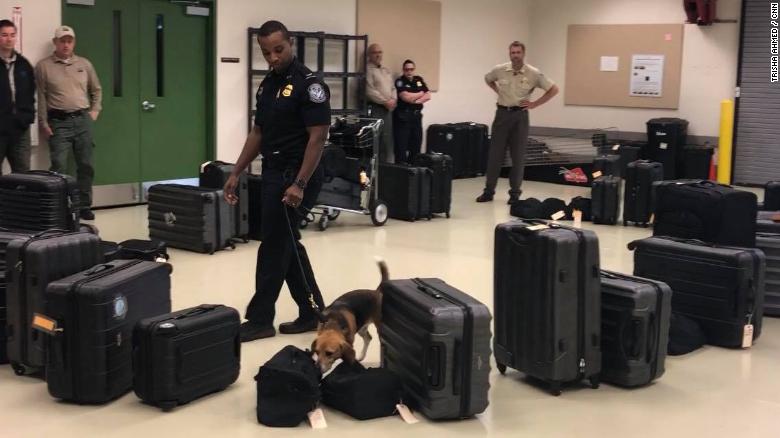 Chipper sniffs for fruits, plants, and meat products in an airport simulation activity.
Another example is pork, which can carry African swine fever, Chopko said.
"If that meat gets into the United States, that could devastate the whole pork industry. We're talking billions of dollars, not just in lost revenue, but also in lost jobs and eradication efforts." 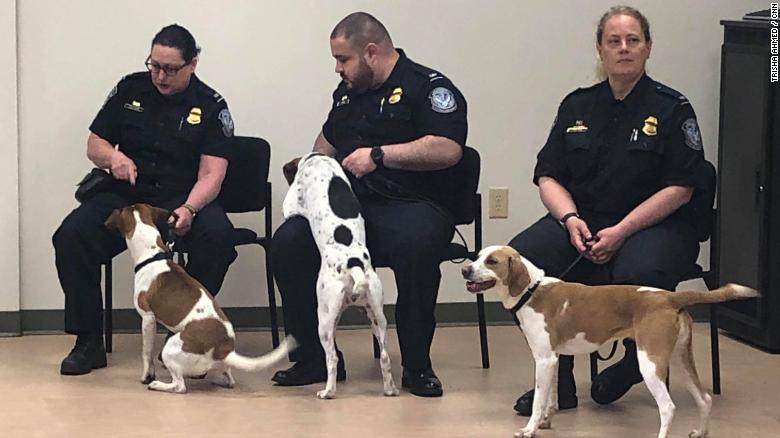 Cardie (middle) hugs her handler's leg just before graduation.
Enter the beagle brigade.
This breed of dogs is picked for the task because their sense of smell is incredible. They also have a natural charisma. 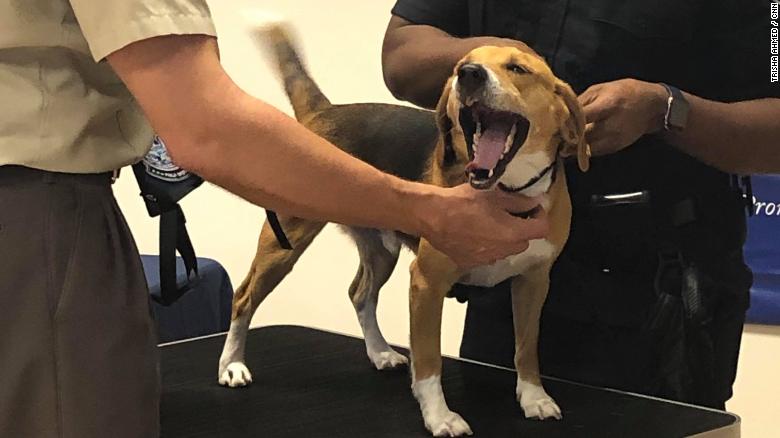 "I'm so excited to be an officer!!"
"No one minds that a beagle is running around," said Aaron Beaumont, a training specialist supervisor at the US Agriculture Department.
"They're not intimidating, which makes them unobtrusive when inspecting traveling passengers."
Only the most qualified pups pass the test to become officers. 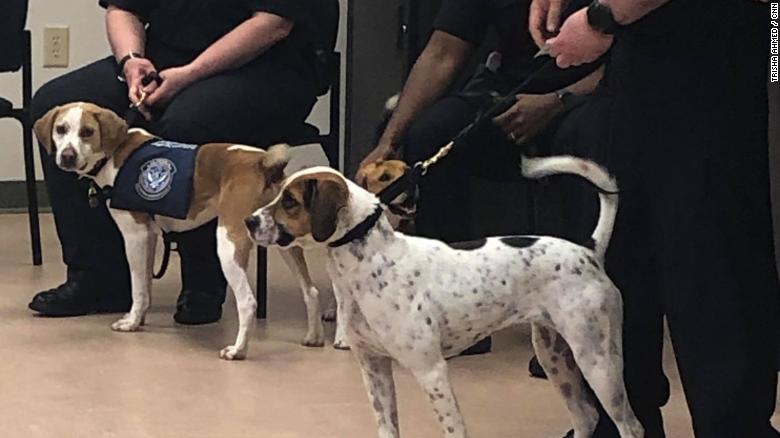 Cardie (right) had a broken femur and injured face when the USDA met her three months ago. They suspect Cardie was hit by a car before entering the animal shelter. Her wounds are now healed.
Chipper, Marlee, Chaze and Cardie were selected from nearly 200 candidates, Beaumont said. All four came from animal shelters.
"So many shelters are kill shelters, and the dogs might not get a second chance. We try to utilize the dogs that are out there and are already looking for a home and a job," said Marguerite Stetson, who works for Customs and Border Patrol and who trained Chaze.

No, People Are Not Returning Pandemic Dogs in Droves
Jun 01, 2021